As promised here’s some updated photos of our upstairs bathroom. But first, check out these before photos. The upstairs bathroom was interesting…. The previous owners had installed a “steam shower” which wasn’t installed properly so technically someone could have been electrocuted while having a shower. Not cool! Personally I’d probably die from having to look at the ugly tiles while showering.

The tiny shower area was divided by a wall which had the toilet and vanity on the other side. This space is tiny! I’m not sure why they thought it would be smart to make them into 2 separate rooms, but that shower felt insanely claustrophobic considering you couldn’t really turn around inside of it, it was a walk in forwards and back out slowly situation.

Naturally, we wanted to open up the space and take advantage of the skylight that was just to the right of the bathroom. The only problem was the pipes from the sprinkler system didn’t allow us the very open space we wanted because it went through one of the walls and we didn’t want to contact our building to shut off the water and move pipes (that’s expensive and time consuming). So we removed the main dividing wall and kept a half wall for a bit more privacy. We cut out a “window” in the wall to allow the natural light from the skylight to shine in and it’s the perfect spot for plants. We did have cactus on the shelf for a year, but they died from too much shower steam, so we’ll need to find some small plants that can handle humidity. 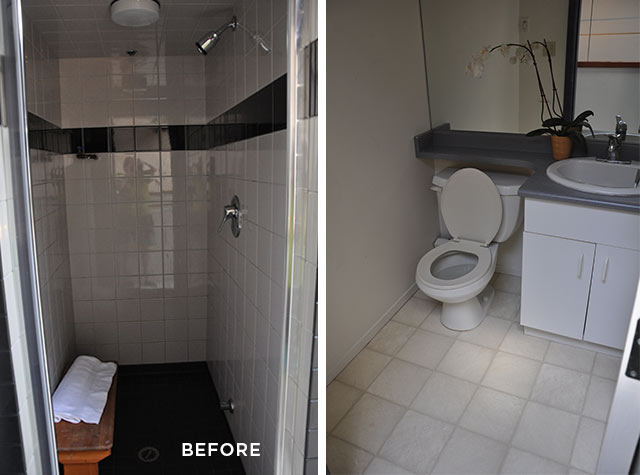 I had mentioned in a previous post that we had the apartment water shut off inside our shower!! It couldn’t be moved because we didn’t have time on our side to deal with it since we needed to move in ASAP and it’s a crazy process to contact our building to contact the city to shut off the sprinkler system, so our plumber created another shut off location near our hot water tank and this one is now pretty much useless, but it’s still there and still very ugly. We tiled around it and got a custom acrylic shelf made that disguises the eye-sore. The shelf is open underneath so it’s still accessible. Maybe someday down the road we’ll remove it, but for now it’s not harming anyone.

The reason the water shut off was in the shower was pretty obvious, the previous owners converted what was a closet, into a shower and second bathroom, yikes! Check out some photos of the shelf situation:

I thought it was time to take a few new photos of our bathrooms. This post will just be about the downstairs bathroom, look out for a post about the upstairs bathroom soon!

Even though our renovation was over a year ago, things are still not perfect, but the renovation is done and it’s generally pretty, I just keep fussing over accessories (although I’ll like fuss about that stuff my whole life haha). Also, the fact that I REALLY want to replace the light fixture. We put in a cheap Ikea fixture as soon as the reno was done, it was meant to be replaced eventually, but I just haven’t found the right fixture for the space. Check out the transformation below, it’s pretty awesome too look back on it, I can’t believe the walls used to be mustard yellow and the floors were blue! Also, the closet is the major change for us, sliding doors and shelves inside!

Oh and if you missed the previous posts about this bathroom check them out here and here.

Our hallway is very broken up with doors, small walls and stairs. There’s a small section of wall that you can see when you walk in the door, and it was asking for some art! My parents gave us these awesome bicycle prints, they have been in our family for years. We had some super old Ikea frames that were actually made of wood, yes, that’s how old they were. So I purchased some mat board from Michaels and cut them to fit into the frames and just like that we added some character to the space.

The cabinet below was custom made from scraps of wood and then painted with some extra paint we had from our renovations. I didn’t want to have a cabinet in the hallway, but we had no choice, unfortunately the hallway was the only spot the internet could be installed in our place. So we built this super shallow cabinet to house the wireless router and all the cables, it also gives us a little extra storage.

A while ago I posted about a dresser I found that was in need of a lot of love. I realized I forgot to post an update showing how I’ve decorated it. I bought these fun prints at Ikea to fit in some existing frames that were in storage. I can’t let go of this paper orchid Andrew made me when we first started dating, the paper has faded a lot, but our love hasn’t (haha sorry couldn’t resist) so it will stay there until it falls apart. I’ve had the metal scooter for a long while, it just happens to match very nicely. 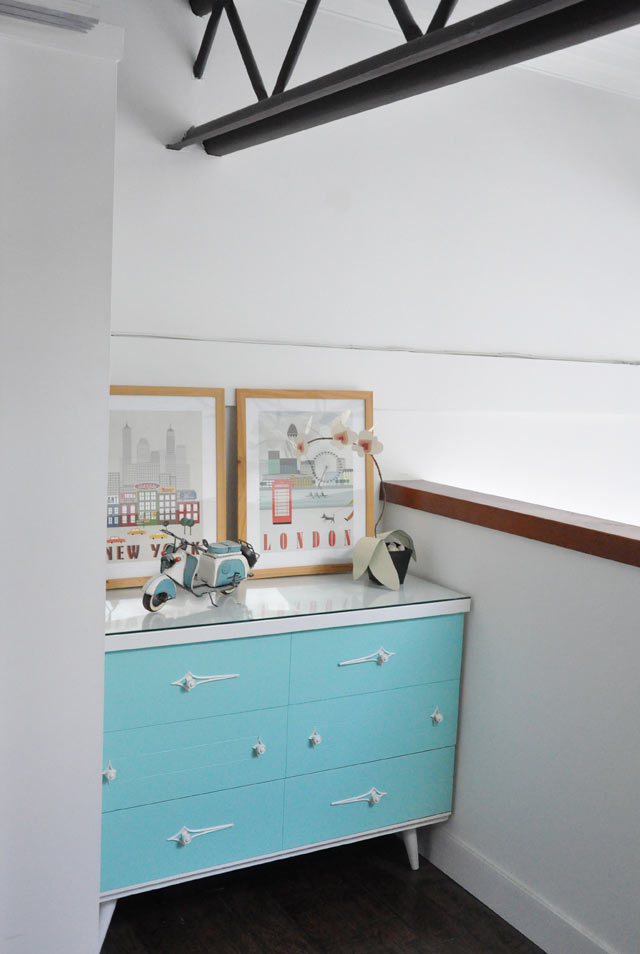 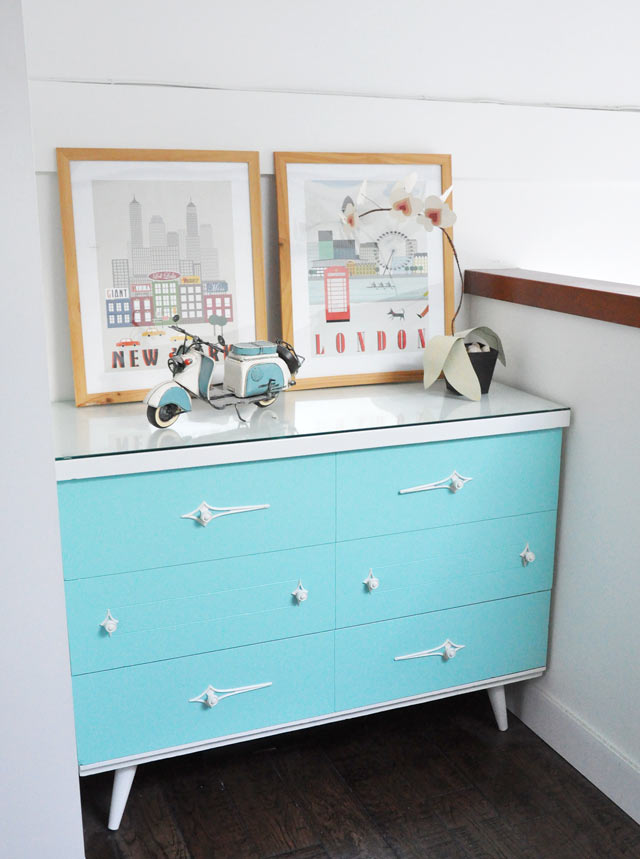 I wanted to share with you an Ikea limited edition textile collection called NÄTVIDE.

The Designers are Anna Efverlund and Maria Vinka. They definitely brought in some bohemian and ethnic inspiration, it all feels very worldly. You can find all these beautiful patterns in Canada, starting August 1st, 2012. They are so amazing for Fall!

I took a peek at the Ikea 2012 catalog and was pleasantly surprised to see a few gems. I specifically love their new storage boxes, KVARNVIK, which i’ve featured in this post. There’s this great feeling of vintage nostalgia in them, i’ll totally be picking up a few, you can see them mixed with real vintage storage in the image below. There’s a few other items i’d like to pick up to refresh my space, a new hallway rug and some jars for pantry storage.

Well it’s offical, today is the first day of summer. Although i’ll be honest it doesn’t feel like summer in this city, the weather is chilly and it’s been pretty rainy.

Anyway i’ve been getting into the frame of mind for summer by thinking about my patio. It’s small, but I still love spending time on it in the summer. We Barbeque and eat dinner out there when it’s really warm out. It’s in need of a face lift, but not in a big way. So here’s a few items i’ve picked out that may be fun to add into the mix and brighten things up. (The Bodum BBQ is just a dream, but it’s it cute??)

Some other random inspiration, my apologies, but I didn’t keep track of where these images came from, a lot of them are from Helen Enkelt , I take no credit for them, I just hope to inspire your outdoor spaces as well as my own. Happy Summer!

Just as the 2010 IKEA catalog comes out, I came across a few photos of a catalog from 1965. It’s funny, the layout and fonts still manage to  give off that “ikea” feeling.

I think the images really speak for themselves and honestly I wish they still made some of the pieces that are shown in these pages. 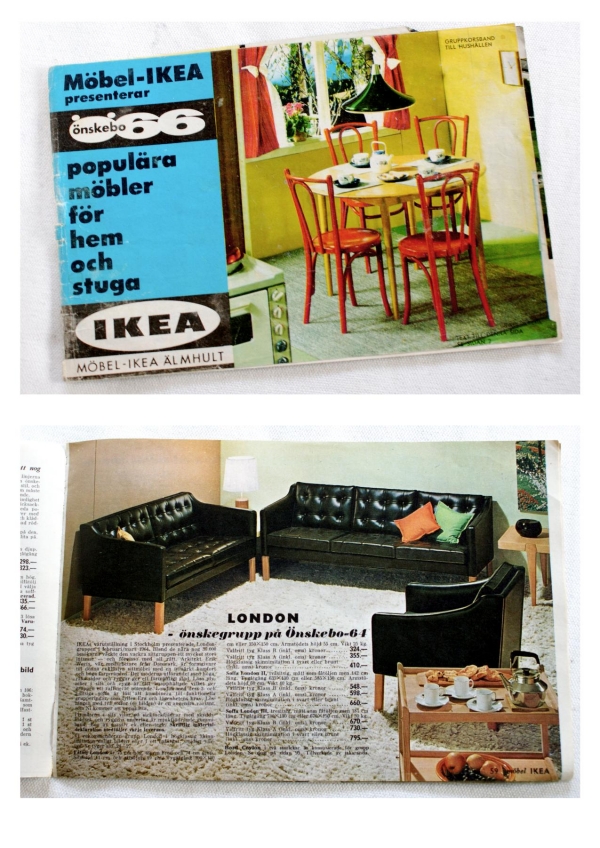 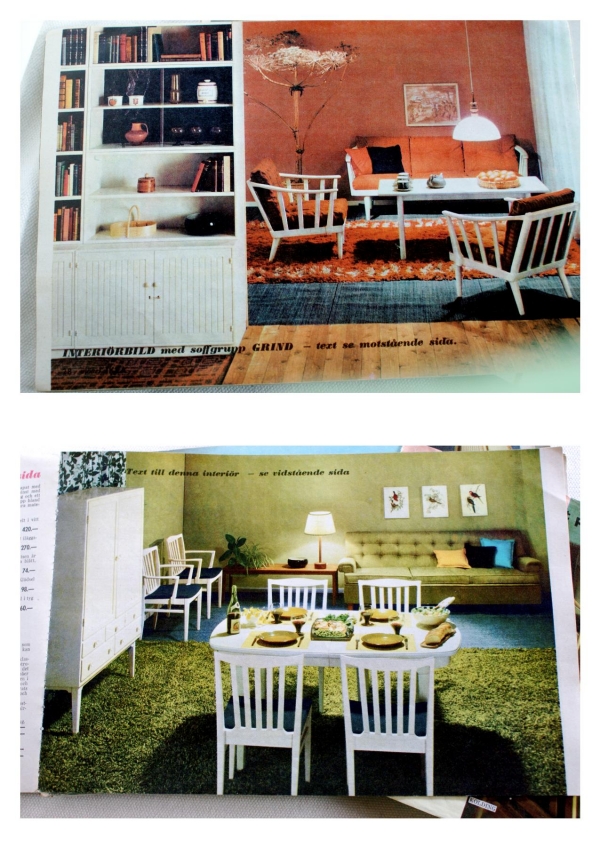 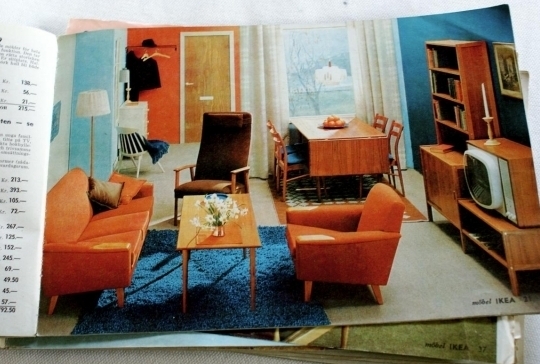 My plan in the next month or so, is to turn my storage room into a functioning craft/storage space. Right now it’s just filled with random  boxes and it’s totally not an enjoyable space. It’s REALLY tiny, but i’m hoping I can create a fun place to sew, craft and keep all my odds and ends in.

I found a few ideas of what I’m hoping to do, visual inspiration is always helpful. Looks like a trip to Ikea is definitely needed sometime soon. These cute white boxes will probably help with the visual clutter, I’m hoping to keep everything simple and one or 2 colours since the space is so small, simple is definitely key.

Watch out for a before & after coming soon, that’s if I don’t procrastinate.

Hello. My name is Nicole and I’m a graphic designer.

I also like interior design and food. I was born in Cape Town, South Africa and raised in Canada. I currently live in beautiful Vancouver, BC. Do you need graphic design services? Click the links below to contact me.